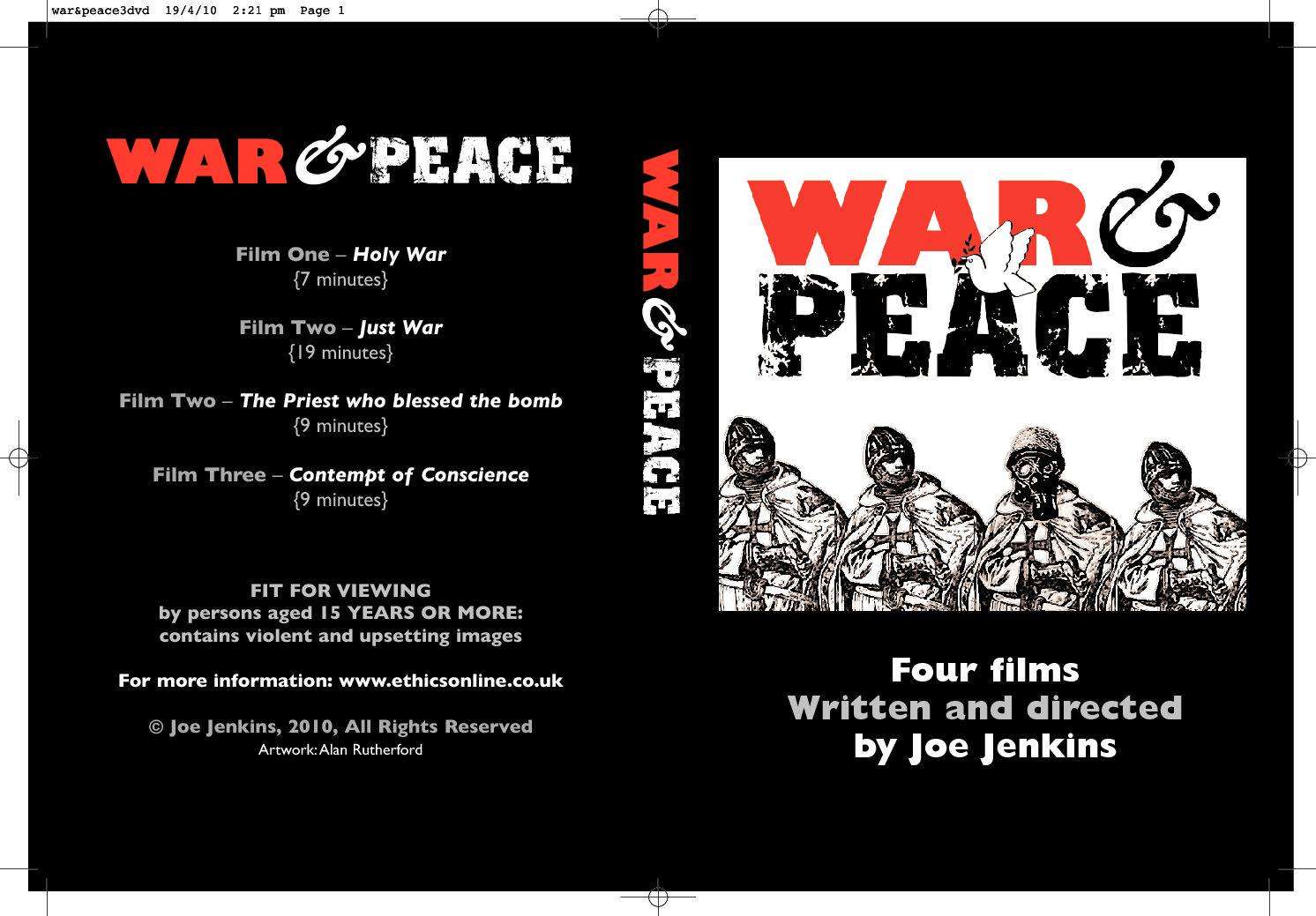 Including award winning films, this series provides students at both GCSE and A Level with a range of responses to this complex topic. The films – Just War, Holy War, The Priest Who Blessed the Bomb and Contempt of Conscience – offer conflicting rationales in compelling visual narratives, while The Racket explores the disturbingly lucrative nature of warfare.

“Made with much skill, Just War explains clearly and succinctly the challenges faced by those who have the terrible responsibility of engaging in a war and how those who are engaged should behave. Highly recommended”
General Lord Guthrie, Former Head of the British Army

SEND US A MESSAGE
×
SUBMIT